Agriculture in Zambia no 5. Thousands of Zambians rear chickens in the back yard. In this issue ideas to improve the life of young chicks and save on your electricity bill.

Browsing the Internet on chicken rearing I came across an interesting publication dating back to 1942.  It is titled New Electric Lamp Brooder; written by D. C. Kennard and V. D. Chamberlin. You can find the publication at: http://www.plamondon.com. The site is about farming and poultry rearing. Below pictures of the original brooder*. 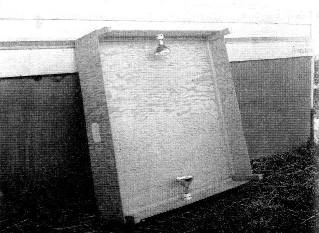 Figure 3.  The Ohio hover in use. Note the freedom the chicks have in choosing their location, including on top of the hover. The litter on top at the same time is isolating material.
The hovers were developed by the Ohio Agricultural Experiment Station during World War II. Its purpose in part was to reduce on electricity usage.
The brooder or hover serves to provide a comfortable environment for baby chicks in a cost efficient manner. It basically is a shallow box on low posts with heating bulb(s) and possibly a light bulb inside. Chickens can move in and out of the brooder as they like and hence choose the environment that they feel comfortable in.
Chicken rearing in Zambia is a major backyard agricultural activity. Both broiler and layer chickens are purchased from industrial breeders and come in as “one day olds.” The body temperature of a chicken is 41 ⁰C (109 ⁰F). These baby chickens, lacking a mother hen, need artificial warmth until they have developed feathers – some three weeks after arrival. The provision of a suitably warm environment is not so easy and always costly.
The usual choices are electrical heating using suspended infrared bulbs and/or charcoal using the baula (charcoal stove). Both methods are extremely wasteful as the heat generated is freely dispersed in the chicken house, also if the chicks are raised in a nursery. The heat of the burning charcoal is sent upwards, while the chicks are on the floor where it is coldest. The infrared bulbs (see picture) do send the heat they generate downwards, but even then much of the thermal energy winds up in the air above the chicks. 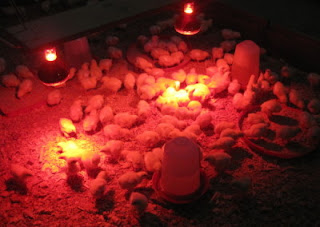 Figure 4. Suspended infrared bulbs providing warmth for baby chickens.
The electricity cost of a 250 Watt lamp in Zambia presently (January 2014) is ZMW 0.125/hour  (0.02 €); and hence ZMW 3 (0.4 €) daily. You need one bulb for 100 chicks. A flock of 200 chicks therefore requires 2 bulbs at a cost of ZMW 6 daily.
The need for artificial heat in the chicken run varies seasonally considerably. In the Zambian cold season night temperature may drop to close to zero C with day time temperature rising to over 20 ⁰C. In the hot season night temperature may be around or over 20 ⁰C with day time temperature rising to about 35 ⁰C. Practically a run of chicks in the winter in Zambia roughly need about 400 hrs of additional heat; and during the hottest time of the year some 300 hours – part of it with less or lighter bulbs.
The electricity cost with conventionally suspended bulbs for a flock of 200 chicks in the winter is in the order of 2 x 400 x 0.125 = ZMW 100 (€ 15). In the hot season the cost roughly is half of that (ZMW 50 or € 8) and the average is somewhere in the middle – ZMW 75 or € 12.
The hover, by retaining the artificially generated heat within the box, saves electricity. In addition the hover retains heat generated by the chicks themselves, which also saves electricity. At this point my estimate is a saving in electricity of about 50%.
The other major advantage of the hover is the immediately observable effect on the well being of the chicks. Chicks crowd and sometimes trample each other under open, suspended bulbs. Also the dispersal of heat is uneven, rapidly declining away from the centre below the bulb. The hover provides plenty of space as the heat disperses over a much larger area.
The original Ohio brooder is 40 cm high; its bottom edge is 10 cm from the ground, the sides are internally 20 cm and externally 10 cm (this is the area on top of the brooder with isolation material, see figure 3.) The bulbs are placed at opposing sides using porcelain lamp holders. Each lampholder should have its own cord, plug and socket. The sides and top are made of plywood or similar material. The hover can be made higher as need be by placing blocks or bricks under the corner posts. In the event of draft sacks can be tacked to one or two sides. Initially drinkers and feeders are placed just outside the hover. The design indeed is simple, efficient, and low cost. You can make it yourself, though a carpenter will do a better job of making the joints for the frame.
We keep chickens and I decided to make a hover after looking at my monthly electricity bill. I did make the thing almost entirely myself – involuntarily as the Zamfactor carpenter did not show up. At the onset I decided to increase the height of the hover from 40 to 47.5 cm; to reduce the “rim” at the top from 10 cm to 5 cm (to create higher interior sides) and to raise the bottom edge from 10 to 12.5 cm. I wanted higher sides because of the kind of heat bulbs we use (I thought rightly that the top otherwise would get too hot). I increased the bottom edge by 2.5 cm to allow for the grass litter that we use. I stuck to the Ohio hover width of 120 cm (4 feet) – which conveniently is the standard width of plywood. I made two hovers, one 6 feet long for 200-300 chicks and one 8 feet long for 300-400 chicks.
Apart from a slight increase in height the Improved Zamfactor Chicken Brooder has:
1. Cross planks at the bottom of the short side that a) allow for proper mounting of the lamp holders, b) increase the structural strength of the apparatus, c) enable the screwing in of a hook (ceiling hook type).
2. The option of lifting a (short) side by means of a chain (in our case a dog leash) the end of which can be slotted into the hook mentioned above. Very practical, certainly in the case of Big Hovers, to easily check what’s happening inside, refill drinkers you may want to put inside during the first days and change or add litter.
3. The application of a coat of aluminium paint to enhance refraction of light and heat rays, and also to facilitate cleaning of the interior. Indeed inside its all glitter!
4. Using screws rather than nails in assembly. More work but longer lasting.
5. Optional: Hooks in the corner posts so that the hover after use can be lifted and suspended from the ceiling. This is practical in case of the X-large hover.

My initial suspicion that the sides of the Ohio hover are to shallow in view of heat generated by the bulbs was confirmed at the test: the top of the hover above the bulbs, despite increased height and aluminium paint coat, became uncomfortably hot. I had to lower the lamp holders to a few cm above the edge of the sides. I am also going to glue aluminium foil on one side to see of that helps in heat refraction away from the top. It also is possible to mount the lamp holders slightly slanted downwards, but that is not really necessary. In the second hover we added a cross bar in the middle of the two long sides to support the ply wood “roof” better.
In conclusion: The cost of a large hover in Zambia is about ZMW 650 (USD 100,€ 85), plus cost of the bulbs. It is a worthwhile investment both in terms of electricity cost saving and chicken comfort.

*    The black and white pictures are reproduced from the web site published article of 1942 by D. C. Kennard and V. D. Chamberlin.


Additional notes after four weeks of use:
1. Benefits exceed expectations. Mortality rate is very low: after 4 weeks only 2%. For the first time since we keep chickens there are no runts (stunted growers) or chicks with deformed legs.
2. Three weeks appears to be a sufficient period of time for hover use.
3. One could use an improvised variety using sticks and sacks when for village chicken keeping.
4. There is more you can and should do to keep your chicks happy and healthy. Such as:
Put mosquito gauze screens in the windows, create an isolated ceiling by for example plastic sheet (prevents condensation on roofing sheets in the winter and excessive heating in the summer), ensure that no rats can enter the chicken house, adequate ventilation, clean litter, daily cleaning of drinkers and quality food.
Posted by Z-factor at 10:12 AM

Email ThisBlogThis!Share to TwitterShare to FacebookShare to Pinterest
Labels: Agriculture in Zambia

Other Blogs I do